In 2001, at the request of the Office for Special Education Programs (OSEP), the National Research Council (NRC) published Educating Children with Autism, a monograph and recommendations developed by a committee of experts. The committee’s recommendations were made on the basis of empirical findings, information from selected representative programs, and reviews of findings in the general education and developmental literature. The committee noted that “it is well established that children with autism spend much less time in focused and socially directed activity when in unstructured situations than do other children and it is therefore, crucial to specify time engaged in social and focused activity as part of a program for children with autism spectrum disorders.” The committee did not delineate between service levels for children under and over age three, but recommended that:

Based on a set of individualized, specialized objectives and plans that are systematically implemented, educational services should begin as soon as a child is suspected of having an autistic spectrum disorder. Taking into account the needs and strengths of an individual child and family, the child’s schedule and educational environment, in and out of the classroom, should be adapted as needed in order to implement the IEP. Educational services should include a minimum of 25 hours per week, 12 months per year, in which the child is engaged in systematically planned, developmentally appropriate educational activity aimed toward identified objectives. Where this activity takes place and the content of the activity should be determined on an individual basis, depending on the characteristics of both the child and the family. (NRC, 2001).

In 2004, the Maryland State Department of Education released the Report of the Autism Task Force, Service Delivery Recommendations for Young Children with Autism. Among several recommendations, the report states on the issue of intensity of services:

The report went on to state that, “Members of the task force engaged in intense deliberation on the issue of hours of services in an attempt to balance the research supporting best practices documented throughout the country and the necessity for services based on the individual needs of a child with autism. It is recommended that at least 10 hours of services be a starting point for a child with autism and, as he or she can tolerate more intense services, additional hours be introduced with the goal of increasing the daily number of hours that the child is engaged in direct service intervention.”

A number of methods or teaching strategies are used to improve learning, cognition, social skills, and behaviors in young children on the autism spectrum. HCC-ASA does not advocate any one particular approach. Our goal is to provide information on the various choices, and leave the actual choice of methods and strategies to families, educators, and therapists. The most common therapies include:

The Early Beginnings Program serves children from birth to three years of age who have a developmental delay or who are at risk for developmental delay. The program is part of the Howard County Infants and Toddlers Program (HCITP), a coordinated, multidisciplinary, interagency system of services for infants, toddlers, and their families.

This program is eclectic in approach, reverse-inclusion, and may be suitable for a child with developmental delay or mild autism. It is usually a half day program although some children do receive full day programming based on their IFSP.

The Preschool-Kindergarten Program is a part of the Howard County Public School System”s Special Education Program. The program serves children who are three through five years of age who have a disability or developmental delay. Three and four year old children receive special education and related services in four or five day preschool classes with typically developing peers. These preschool classes are included in Regional Early Childhood Centers located at elementary schools throughout the county.

This program is eclectic in approach, reverse-inclusion, and may be suitable for a child with developmental delay or mild autism. It is usually a half day program although some children with autism do receive full day programming based on their IEP.

Toddlers, preschoolers, and kindergarten children who have moderate to severe delays in cognition, social interaction, communication, and behavior may receive services through Multiple Intense Needs Classes (MINC). These classes are located in Regional Early Childhood Centers throughout Howard County. Approximately four to five children with disabilities and four to five typically developing children are included in each class. Staff members use an incidental teaching approach that incorporates principles of applied behavior analysis (ABA) to help children develop skills. Instruction is embedded in identified routines and activities to provide multiple opportunities for the children to practice skills. Other instructional strategies may be selected based on the developmental level of the child; the child”s learning style, strengths, and needs; and the skill or task to be learned. Family Intervention Specialists provide intensive training to families in implementing instructional and behavioral support plans.

The MINC-EL program is designed for children who present with severe delays in functional communication, engagement, and social interaction. It provides a 1:1 staff-to-child with IEP ratio, intensive support from the autism and related disorders specialist, Shannon Barrett, and a high rate of systematically designed opportunities for the child to initiate and respond to motivating conditions. Specific services and placement are based on IEP goals and accommodations and modifications needed for the child to access curriculum. The MINC-EL program is currently housed at six elementary schools with Regional Early Childhood Centers.

Howard County also contracts on a very limited basis with non-public schools to assist families in doing home-based discrete trial programs for their children with autism. Additionally the autism specialist may work with families to design a home based behavioral intervention program. The interventions focus on building language, social, academic, and self-help/daily living skills. Parents should note that the IEP or IFSP team must agree that none of Howard County’s existing programs can meet the needs of a child before a non-public placement is recommended

Almost since its inception, Howard County Autism Society (HCAS) has been working to ensure that young children with autism in Howard County receive quality intense early intervention services. Through HCAS advocacy, in 1998 HCPSS began offering full-day programming through the MINC and CSAAC programs. In 2003, access to CSAAC programming was severely curtailed by policy and other changes and HCAS began to advocate for a new in-house option to replace the discrete trial (ABA) programming that had been offered through CSAAC. HCAS has since worked in partnership with HCPSS to develop a verbal behavior program set to begin in January 2005. The following documents are a partial record of HCAS”s efforts. 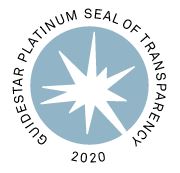